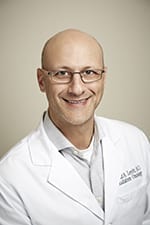 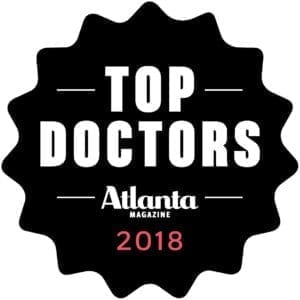 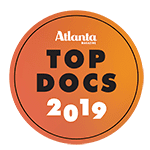 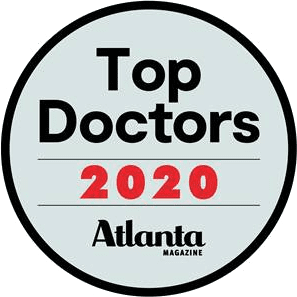 A board-certified radiation oncologist and Atlanta-native, Dr. Chad Levitt completed his doctorate and residency at Emory University’s School of Medicine in Atlanta. Dr. Levitt has served as clinical director of oncology practices previously in both Denver, Colorado as well as in Florida.

Most recently, he founded his private practice in Cummings, GA, where he served the North Atlanta community since 2008 until joining Peachtree Radiation Oncology in 2016. Dr. Levitt has been nominated by his peers and colleagues as a Castle Connolly “Top Doctor” in Atlanta since 2014.

With over 15 years of experience in the treatment of cancer, Dr. Levitt has, over the years, been at the forefront of radiation treatment techniques, innovations, and practices. He is a national speaker and has published clinical studies in multiple peer reviewed oncology journals. He has served on national advisory boards and working groups throughout his career, as well as having been the practice liaison and Principal Investigator for RTOG and US Oncology research protocols.

Dr. Levitt strives to put himself “in his patients’ shoes,” as he considers all aspects of their care plan. Central to his philosophy is the interest in providing care beyond mere treatment, and this passion complements his role within each of his patients’ treatment teams. He and his wife, Alisha, are fortunate to be able to raise their three children in their native city close to their extended family. In his spare time, Dr. Levitt enjoys rock climbing, playing guitar, coaching soccer, camping with his family, and woodworking.